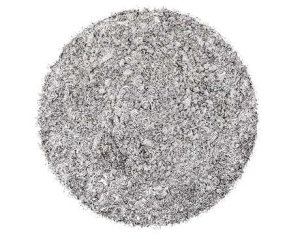 How to Change Your Mind: Part One and Resources

The idea that we can change our minds is a very powerful one. But as we have no other place for our consciousness to reside while our minds are undergoing total transformation, we need to develop an ability to contemplate and revise our own thoughts while we are thinking them. This can provide us with a sort of “external” platform where we can experience a form of “meta-thinking.”

If we can roughly identify this strange-sounding conception with a more familiar term such as “critical thinking,” for example, we ought to be able to move toward our goal without getting inordinately derailed by the relative unfamiliarity of the procedure. Developing critical awareness is not the same thing as self-criticism. We are quite expert at the latter and it often does not create the sort of desirable changes we would like to see in ourselves.

A genuine critical-thinking approach to our own cognition can yield invaluable insight into the underlying patterns of our behavior – patterns that we are doomed to repeat unless we can bring them into our field of awareness. At that point, we can begin the process of personal self-transformation that can truly allow us to develop our fullest human potential.In the course of examining common mental blocks, negative self-talk, and other inhibitions to freedom and creativity, we will be referencing individuals, ideas and concepts most useful to our understanding of neuroscience, cognitive psychology, cybernetics, contemporary philosophy, and media studies as they relate to actually changing our minds.

Here is a short list, easily researched, toward an initial overview.

The founder of general semantics, Korzybski, coined the phrase and described the seminal cognitive concept of “The map is not the territory.” Truly comprehending this single idea can blow the doors of cognition right off their hinges.

Bateson expanded upon Korzybski’s dictum, “The map is not the Territory,” as it relates to the application of cognitive principles to understanding human behavior.

With gestalt therapy, Perls gathered the many facets of the study and understanding of the human being into a single unifying whole. This approach has proven highly significant and useful in illuminating the path toward integrating aspects of experience that often seem separate, disjoint, and dissonant.

In The Medium is the Massage and Understanding Media, McLuhan notified the world that as a result of media technology we unalterably transform ourselves in deep and lasting ways.

In Language and Mind and many other writings, Chomsky reveals the deep structural relationships linking language and thought.

Lily’s Programming and Metaprogramming in the Human Supercomputer, a seminal work drawing on his years of research in the fields of psychobiology, neurology, dolphin behavior, and sensory deprivation, inspired a generation of scientists and thinkers involved in the contemporary human potential movement.

Kurzweil’s The Age of Intelligent Machines and The Age of Spiritual Machines represent milestones in our understanding of artificial intelligence – and, by extension, intelligence itself. Ray Kurzweil is a visionary of our age and his work and life are a unified quest for transcendence through transformative thought.

Milton Erickson brought to a fine focus the various psychoanalytical tools of hypnosis, influence, and behavior modification in order to provide more direct access to the deep creative problem-solving power of the unconscious mind.

Family therapist Virginia Satir’s work is important to contemporary psychological practice as it broadens therapeutic practice to include familial and social contexts in which cognition is formed and wherein which it operates and behaves.

Linguist John Grinder and mathematician Richard Bandler co-created the problem-solving approach toward human-behavior called Neuro-Linguistic Programming (NLP) in the 1970s. Since then, it has become a powerful influence in practical fields such as human motivation, behavior modification, enterprise management, education, communication skills, and performance enhancement.

The doors of cognition are wide open. You are welcome to enter anytime you choose.

Take a few moments to relax

This is one of the relaxation and meditation videos I incorporate into my art classes. It seems to work well for most students and it works for me as well. I like it because it’s clear and simple. Perhaps it will help you to release stress and achieve a deeper focus. If so, great!