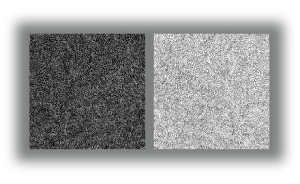 “If the human brain were so simple that we could understand it, we would be so simple
that we couldn’t.”
– Emerson M. Pugh, As quoted in The Biological Origin of Human Values

What
is the mind? No one knows. Theories of mind abound. Theories frame our experience
and insights in terms of the most useful current metaphors. Current theories of
mind build upon earlier, more mechanistic paradigms. They emphasize openness
and adaptation, while previous theories were built upon deterministic
foundations.

Today,
we can say that the mind is a network of relationships, some of which involve
the environment and others of which are maps of internal relationships within
the body. One of the primary functions of this network is to generate a sense
of embodied identity and a coherent experience of an external world.

Referred
to as “the observer” in scientific literature, the mind is increasingly
integrated into theory, research, and experiment in fields of study that involve
human participation. The precise location of the observer is, by definition,
relativistic. The general location can be related to the mind’s ability to
frame universes of discourse and the location will be related to the location
of the ideal or specific observer for a particular frame of reference.

This
is a way of stating the matter that acknowledges current research in both
quantum physics and cognitive science. It also reduces in significance reductionist
paradigms which have dominated research in artificial intelligence, genetics,
and the pharmacology of consciousness. These biases – the physicalist,
internalist, and radical materialist views, which either attempt to deny the
existence of mind or to see it as something not different in kind from physical
objects, are not sufficiently powerful to eliminate the pivotal position of the
observer in all phenomena from the sub-atomic realm outward.

To
indicate significant aspects of the mind are external to the body is to
acknowledge that we are inextricably connected to and part of a complex evolving
system of interpenetrating networks in time and space, our environment,
experience, and action. This
straightforward acknowledgement of the specific nature of the way we experience
our existence also includes the notion that observed experience consists of
series of relationships, which are networked in ways that can be referred to as
“mapped.” A corollary of this process is that the specific physical medium
containing the map is not central to its nature, as remapping the relationships
necessary to perceptual experience has been demonstrated in significant studies
of human perception.

While
evolution has found it useful to broadly dedicate, in a generalized way,
physical correlates for psychological events, there is much current research in
small and large-scale neural remapping that indicates localized function is
changeable and only one aspect of how the entire cognitive system operates. Current
research indicates these specific locations vary among individuals and their
“dedicated” or “hard-wired” functions can continue to be available even when
the specific brain regions, in question, are removed.

For
example, in the perceptual realm, the work of Paul Bach-y-Rita,
among others demonstrates how the visual system can been remapped from the eyes of blind
subjects on to sections of skin. These subjects report details of specifically
visual experiences with the newly remapped sense organs. Sensory substitution
is an indication of the plasticity of neuronal networks.

The
“phantom limb” syndrome, studied extensively by V. S. Ramachandran, et al., describes
patients who have lost a limb but continue to experience specifically detailed
and verifiable sensation. This work demonstrates how the brain is able to remap
several areas of tactile responsiveness – the cognitive and sensory experience
of having an actual limb – upon various body parts.

Generally,
in matters of cognition, it is often observed that patients who lose functioning
in specific brain regions can regain those same functions in different regions once
the brain has remapped the original relationships onto other physical
locations.

This
is the basis for “neuroplasticity,” a property of the cognitive system, which
is demonstrated by strong experimental evidence.

Rather
than mechanically replicating neural structure and striving to recreate an exact
connectome of the human brain (no two of which are alike), artificial
intelligence research must extend toward including aspects of consciousness
which are distributed, networked,
and able to be on- and off-loaded in an instant. Pattern recognition and
information mapping, the dynamical behavior and interaction of waves and fields,
chaotic attractors, and indeterminacy – these more open-ended ways of
envisioning phenomenal and relational experience enhance earlier models without
completely replacing them.

We are on the threshold of a new
era in our understanding of ourselves. Our brains are more, very much more,
than machines. They are mind fields.